The Ministry of Transportation and Telecommunications’ Bahrain Post issued six commemorative stamps crowned with the portrait of His Majesty King Hamad bin Isa Al Khalifa, King of the Kingdom of Bahrain, on the occasion of the University of Bahrain’s 30th anniversary since its establishment (1986-2016). The University of Bahrain was first established with four colleges including Arts and Sciences, Education, Business Administration, and Engineering by the Legislative Decree No. (12) for the year 1986. Throughout the last thirty years since its establishment, the University has developed rapidly to become an important pillar in the Kingdom and it now comprises of ten colleges offering various academic programmes. In addition, the University is striving to become a modern and advanced regional hub for higher education in entrepreneurship and innovation through the dedication of its programmes, scientific research output, and qualified graduates to achieve the Bahrain Economic Vision 2030. The stamps are available in all Bahrain Post branches in 500 fils denominations and a first day cover at BD 3.500. 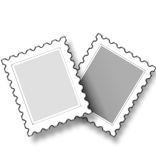